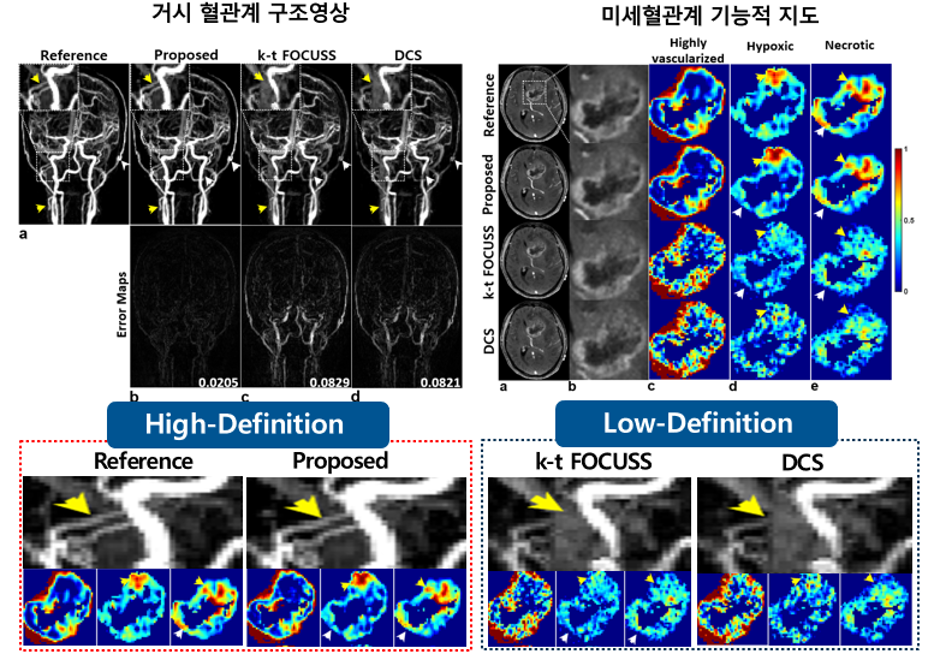 At the 27th Samsung Humantech Paper Award (Signal Processing Area), Joon Sik Park from Professor Park Jaeseok's MIS Lab won the bronze prize. The title of his paper was "Vascular Heterogeneity Prior Driven Joint Functional Segmentation and Reconstruction". Cerebrovascular disease is one of the five major diseases in Korea. To capture image of the disease, MRI has been commonly used, and in particular, contrast-enhanced imaging using a contrast agent is the most used. However, due to the limitation of MRI, it was difficult to obtain high-resolution images, and two or more administrations of contrast agents were essential to obtain vascular system information, so there were complex problems including diagnosis, treatment plan, and stability. The paper presented by Joon-Sik Park showed a technology that simultaneously restores multi-scale vascular system information from single data through a single administration of a contrast agent, enables precise image analysis in clinical practice based on high-resolution data, and at the same time secures patient stability.